Marty Eng, Pharm.D., associate professor of pharmacy practice, recently received two distinguished certifications from the National Council of Certified Dementia Practitioners (NCCDP). Having completed the CDP training and the “Train the Trainer” seminar, he is now a certified dementia practitioner and a certified Alzheimer’s and dementia seminar trainer.

“Dementia” is a general term used to describe a series of symptoms common in a decline in mental ability that can affect memory, language and behavior. Alzheimer’s disease, a common form of dementia, affects 5.4 million Americans and is the sixth-leading cause of death in the United States. In 2012,direct costs for caring for those with dementia cost American society $200 billion. With the increased impact of dementia, it is critical that both current and future professionals be able to effectively care for those touched by the disease’s effects. This is why Eng felt it was necessary to learn more about dementia care.

This Alzheimer’s and dementia  training focused on training caregivers to look for unmet needs — looking to implement non-pharmacological interventions first, before medications are prescribed.

The wide variety of behaviors caused by dementia can often make treatment difficult. “A specific symptom may disappear and another one may appear based on different triggers,” Eng said. According to Eng, these behaviors often reflect an attempt to communicate a need.

“The patient could be trying to cope with a stressor and not have the ability to do that,” Eng said. “Most of the time though, they’re hungry, cold, have pain or need to go to the bathroom.” Contributing factors could include such seemingly simple things as a new environment or a varied routine. In his previous work in a special care unit at the University of Kansas, Eng worked with a long-term patient who began to repeat the words, “Dote, dote, dote … something like that,” he said. “That’s a common sight in severe, late-stage patients.”

A typical response to such a behavior would be to prescribe medication. Often though, pharmacological treatments come with side effects. A colleague of Eng’s later discovered that the patient had simply lost her slipper. Once the slipper was back on her foot, she stopped the behavior.

This story illustrates the idea that while prescribing pharmacological treatments may be easier, the time that it takes for professionals and caregivers to determine the underlying causes to a behavior is well-spent. Had physicians prescribed medication, side effects could have impacted the patient. This idea was reinforced all throughout the training.

Now certified to teach others using the NCCDP Alzheimer’s disease and dementia curriculum, Eng is currently looking for ways to integrate elements of this seminar into his work with both students inside the university and professionals outside the university.

“These clinical tools have helped me to love my patients better as I try to discern the difference between the nature of disease and the effects of medication,” Eng said. “These are tools that I can pass on to others so that they too can better work with practically with those with Alzheimer’s disease and other dementias.  Behind the disease, there still is a person in need of love.” 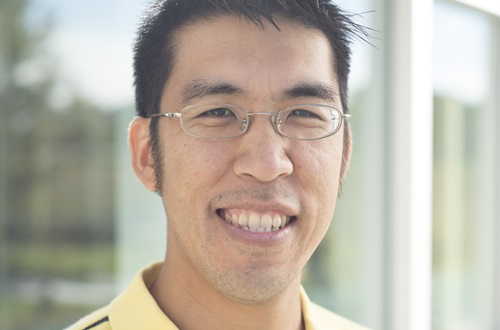