Jason Lee has been named the inaugural dean for the Cedarville University School of Biblical and Ministry Studies, effective August 1, 2013.

Lee comes to Cedarville from Southwestern Baptist Theological Seminary in Fort Worth, Texas, where he served as professor of historical theology and chair of the church history department. In addition to Lee’s commitment to Cedarville’s mission and values, his experience in education and pastoral ministry makes him an excellent fit for the position, according to academic vice president Tom Cornman.

Lee will be the first dean for biblical and ministry studies, which will officially transition from a department to a school this summer. Cornman stated that the number of faculty and breadth of academic programs led to the change in governing structure. Cedarville currently has four schools within its academic structure.

As dean, Lee will continue the strong tradition of rigorous academics in the school, while also fostering a deeper sense of community. “Since the school of biblical and ministry studies has a central place in life at Cedarville, I hope that I can serve the entire campus through engaging and challenging classes and discipling relationships with students that encourage collegiality among the University faculty,” Lee said.

Lee also expressed his excitement for the University’s bright future, dedication to Christ-centered learning and focus on the inerrancy of Scripture. “I am thrilled to be a part of a campus community that believes we best serve our families, churches and communities through humble obedience to God’s purposes,” Lee said. “What a blessing to be in a place where I will be around the sharpest minds who have hearts that are surrendered to God.”

Originally from Mobile, Ala., Lee holds a Doctor of Historical Theology from the University of Aberdeen in Aberdeen, Scotland. Lee received numerous scholarships and research awards throughout his academic career, and he was also awarded multiple professional honors, including being named Who’s Who Among America’s Teachers in 2007.

Along with his wife, Kimberly, and five children, McKayla, Hayden, Graham, Jackson and McKenzie, Lee plans to relocate to Ohio this summer. 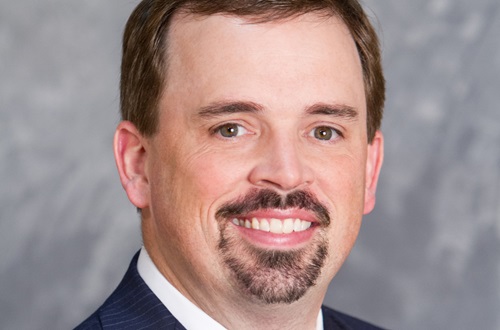 Jason Lee has been named the inaugural dean for the School of Biblical and Ministry Studies. Photo courtesty of Southwestern Baptist Theological Seminary.