The undergraduate student paper contest, held in conjunction with the EPS Midwest annual meeting, was hosted at Lincoln Christian University on March 8-9. Graves’ paper, “A Speculation on ‘Repetition’ and Atonement,” analyzes Soren Kierkegaard’s pseudonymous work “Repitition” as an indirect commentary on the Christian doctrine of the atonement.

According to Timothy Paul Erdel, chair of the Evangelical Philosophical Society Midwest Region, Graves’ paper “provided an unusually insightful reading and analysis.” The award was decided on the quality of the formal essay and the effectiveness of the student’s oral presentation and responses to scholarly questions from judges.

For his paper, Graves won the honor and title of the award in addition to a monetary prize.

Tommy Graves said the win was a great honor and opportunity for him. “Beyond strengthening my applications for graduate school, it was also just a great experience to get to present a paper in front of a critical audience,” Tommy said. “I’m extremely grateful to the Evangelical Philosophical Society.” 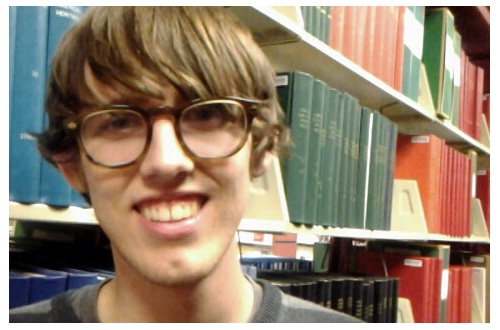