Snowden said the high-end academics at Cedarville pushed them to succeed even in ROTC. “The rigors of Cedarville University force you to do your best and stay on your edge,” Snowden said, “which in turn helps make you the best at what you do in ROTC and carries over into the board selection process.”

Franklin said being a resident assistant (RA) at Cedarville University combined with ROTC requirements prepared him for this next step in the Air Force. “For me personally, being an RA helped develop my leadership skills,” Franklin said, “both being in ROTC and being an RA built off of each other.” 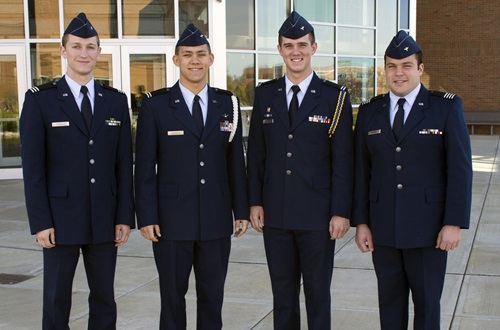