Kate Cella, 2010 alum with an International Studies degree, has published a second article in the online version of the prestigious Foreign Policy.  The journal is committed to “rigorous exploration of the world’s biggest issues” and publishes the work of some of the best known scholars in the field.

Cella’s article focused on Hooshang Amirahmadi, a professor of public policy at Rutgers University, who attempted to run for the presidency of Iran.  Amirahmadi has not lived in Iran for 40 years and some  argued that he had no chance of obtaining approval from Iran’s Guardian Council that decides who can run for the presidency.  Ultimately, those critics were right.  Amirahmadi was running on a reform platform that pledged to address unemployment in Iran, improve the status of minorities, and repair relations with the United States.  He was optimistic about his chances of winning the election if he gained the approval of the Council.   Even more optimistically, he thought that the Supreme Leader Khamenei would not oppose his bid.  Most commentators disagreed, citing the conflict between his platform and Khamenei’s policies.  Cella spent some time with the candidate in New York, interviewing him and observing his interaction during a day of media exposure.  Sometime after the article was published, however, he Guardian Council decided that Amirahmadi was not eligible to be a candidate.

Cella is currently working on a Masters degree in journalism and Middle Eastern studies at New York University.  She served with distinction on Cedarville’s Model United Nations team while a student here and continues her excellent work as a graduate student.  If her early publishing is any indication, she has a bright future ahead of her. 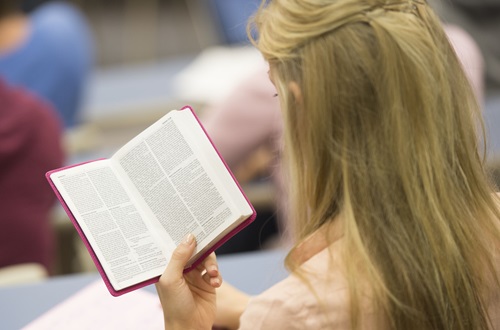