Wednesday, November 20, 2013
Matthew Martens, a 1993 Cedarville University graduate and recipient of the 2003 Young Alumnus of the Year Award, is an attorney who served as chief litigation counsel for the division of enforcement at the Securities and Exchange Commission (SEC). Martens recently left the agency and joined the law firm Wilmer Cutler Pickering Hale & Dorr LLP as a partner with its securities and litigations departments.

The son of a Baptist pastor and schoolteacher, Martens grew up in the Trenton, N.J., suburb of Hamilton. After earning a degree in accounting from Cedarville, he graduated as valedictorian from the University of North Carolina Law School.

During his time at Cedarville, Martens was highly successful in all of his classes and out-of-classroom endeavors. “He was an excellent student with good insight into the theory behind the skills involved in accounting,” said Sarah Smith, one of Martens’ accounting professors at Cedarville.

While with the SEC, Martens served as the lead trial counsel in the case against Fabrice Tourre, a former Goldman Sachs Group Inc. trader, who was found liable on six of seven civil claims that he violated federal security laws by misleading investors in a mortgage-linked deal that soured during the financial crisis. For his lead role in this case, Martens was named litigator of the week by the American Lawyer’s Litigation Daily.

Martens began his career as a law clerk to the Hon. David D. Sentelle of the U.S. Court of Appeals for the District of Columbia Circuit and to the Hon. William H. Rehnquist of the U.S. Supreme Court. He became an associate at a top international law firm before joining the U.S. Department of Justice as counsel,deputy chief of staff, and chief of staff for then-Assistant General Michael Chertoff in the criminal division. Martens then served as an assistant U.S. attorney in the U.S. Attorney’s Office for the western district of North Carolina and eventually served as deputy criminal chief, in which position he supervised the white-collar/general crime unit. He also served as corporate and securities fraud coordinator for six years.

According to Charles Hartman, another of Martens’ accounting professors at Cedarville, Martens used his God-given abilities to reach his full potential in his career path. “He was known for being exceptionally focused and goal-oriented,” said Hartman.

In his new role as partner at Wilmer Cutler Pickering Hale & Dorr LLP, Martens is expected to represent individuals and entities that are the targets of government investigation. 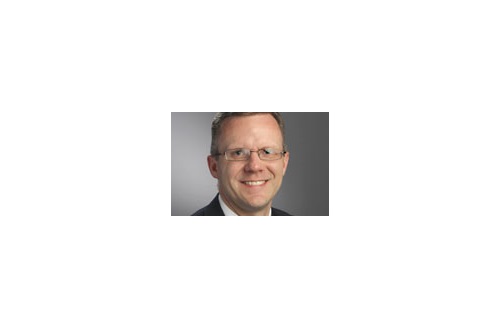 A 1993 Cedarville graduate, Matthew Marten is now joining WilmerHale Law Firm after serving as the chief litigation counsel for the division of enforcement at the Securities and Exchange Commission (SEC). Photo courtesy of WilmerHale Law Firm.