Geiss, the first deputy assistant secretary for energy for the United States Air Force, helped reduce spending by more than a billion dollars and ensured energy independence for combat and support missions all over the world.

Geiss recognized that as the government’s largest energy user, the Air Force spends $9 billion a year on jet fuel and other utilities for installations, equaling more than 8 percent of its total budget. He worked with experts to determine what areas could be improved and what other initiatives could be established to save money. Under his leadership, his team established more than 50 alternate energy or renewable energy products on its installation, and the entire aircraft fleet is now certified to fly on alternate fuels.

The Service to America award recognizes a federal employee who demonstrates superior leadership and excellence in management by making a significant contribution to the nation that results in making the government more efficient, effective and results-oriented. Geiss said that this award reflects the broad effort by airmen and their dedication across the entire Air Force that he was blessed to be a part of.

A 1990 chemistry graduate, Geiss said he highly values the time he spent at Cedarville and believes it was foundational to his success in the Air Force. As a member of the senior executive service whose duty is to lead the continuing transformation of the government, Geiss worked with retired Air Force Lt. Gen. Loren Reno, dean of the school of business at Cedarville. “He is very well respected by general officers in the Air Force and the secretary and assistant secretary of the Air Force,” said Reno. “His reputation is way beyond what you would expect for a man of his youth.” 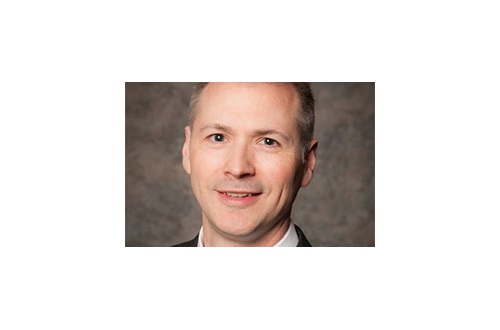