Thursday, January 2, 2014
A Cedarville University alumnus is working to provide support and care for overseas missionaries through a clinic in Budapest, Hungary. Evan Parks, a 1985 graduate who works with SEND International, began the Budapest Care Center in 2001 as a place for missionaries to receive care when dealing with mental health problems that would generally require them to return to the United States. As many of those who leave do not end up returning, Parks wanted to create a place that would provide the resources they needed without having to leave the field.

Since then, Parks’ ministry has shifted from a focus on counseling to dealing primarily with trauma and crisis situations. It has also expanded to include training for local pastors and leaders, teaching them how to handle crisis situations, such as suicide, assault, abuse and death. Parks also trains Hungarian pastors to develop their local churches and lead their own counseling programs, providing further care to their communities.

“It started at Cedarville,” Parks said. “With having experiences that were good, but discouraging. I saw that these were real people in leadership that needed help as well.”

After graduating from Cedarville with a degree in psychology, Parks earned his master’s and doctoral degrees and began working with missionaries and consulting for missions agencies. During this time, Parks and his wife, who had been looking for a long-term mission’s opportunity, were invited to set up a clinic for missionaries in Eastern Europe.  Twelve years later, the Budapest Care Center continues to provide assistance for missionaries throughout the world.

Parks said his time at Cedarville was vital in preparing him for his service in Hungary. As a Christian living cross-culturally, Parks said he has to be mindful of the way people see and understand the Bible and his ministry. His time at Cedarville, he said, helped him think with a worldview and learn how people view things in other cultures.

“I have benefited so much from my education at Cedarville,” he said. “It’s been a great blessing to me in the work I’m doing here.”

Part of that work, he said, involves training local pastors to read, interpret and understand the Bible, skills that he had assumed most pastors held. His biblical training at Cedarville, he said, allows him to expand the pastors’ knowledge of the Bible and increase their skills in teaching.

Charles Dolph, professor of psychology at Cedarville, was one of those who led Parks to studying psychology as a way to reach missionaries and now serves on Parks’ advisory board. Dolph said Parks is always trying to help others, whether through missionary counseling or evangelizing to local Hungarians through psychology, and that he and his ministry are important to Cedarville’s psychology department.

“He’s an example of what we want our students to be,” Dolph said. “He’s a competent psychologist, an effective therapist and he applies his skills to helping missionaries and nationals in Hungary, Bulgaria and the Middle East. It’s a great ministry to them.”

Parks said he hopes to develop more training and materials to help local Christian leaders learn how to help others through their churches and continue providing the care people need.

“What I do now is very exciting to me,” Parks said. “It’s been very rewarding. We’ve seen hundreds of people over the years, missionaries that we’ve been able to help that can continue to work. We’ve really seen the benefit of this type of work.” 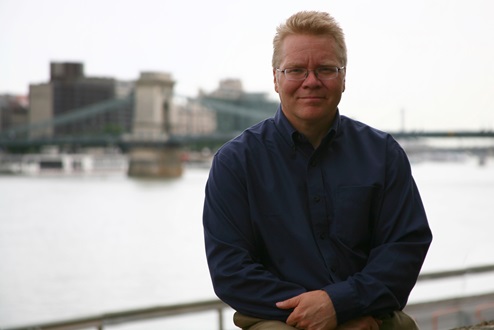