Thursday, April 17, 2014
Several Cedarville University alumni are involved with films that are due to be released in 2014. These films include a documentary on the wheat harvest in America, a modern-day retelling of the parable of the prodigal son and a family-friendly comedy starring Sean Astin, Patricia Heaton and Trace Adkins.

Benjamin Bailey, a 2009 graduate, has been working as an assistant editor on “Mom’s Night Out,” a family-friendly comedy that will open in theaters in May. Bailey works for Erwin Brothers Entertainment, who directed and produced “Mom’s Night Out,” and was also involved with their pro-life film “October Baby,” which opened in October 2011.

Bailey said his involvement with the film has involved typical digital imaging technician work, such as working on dailies and checking the film for errors before it is released.

The film, which releases two days before Mother’s Day, focuses on moms, Bailey said, but it does not stop there.

“It’s clearly a movie about moms, but it’s also so much about dads and kids,” he said. “It’s about families and a realistic view on families. Yes, it’s crazy, and moms might do it better, but we’re doing it together.”

“Mom’s Night Out” stars Sean Astin, Patricia Heaton, Trace Adkins and “Facing the Giants”’ Alex Kendrick. It opened in theaters nationwide on May 9.

Michael Davis graduated from Cedarville in 1990 and has been heavily involved in every aspect of “A Long Way Off,” a modern day retelling of the parable of the prodigal son. Davis said the parable is a story he has wanted to tell for a long time because it is a story that everyone can relate to, no matter the cultural or religious background.

“It’s the same story, whether you’re Muslim, Jewish, Christian, whatever,” he said. “So it’s a crossover to different markets and places.”

The story is one that will resonate with everyone, Davis said, because it is a familiar theme that everyone has encountered.

“I like to say, you either know a prodigal, are a prodigal or are waiting for one to come home,” he said. “Everyone knows of a prodigal.”

The film will premiere in select markets in June and will be released digitally and on DVD in the fall.

Conrad Weaver, who graduated from Cedarville in 1988, has directed and produced “The Great American Wheat Harvest,” a documentary that follows the lives of harvesters as they move across the country. The idea for the project came originally from his wife and Weaver has spent the last four years documenting the yearly harvest and the people involved in it.

“I wanted to help the general public understand agriculture and how food gets from the field to the table,” he said. “I’d done some short documentaries over the years and enjoyed that form of storytelling and I grew up on a farm, so I’ve always been interested in agriculture.”

Weaver and others involved with the documentary were invited to take part of National Agriculture Day events in Washington, D.C. on March 25. The harvest crews featured in the documentary, along with their families, attended the film’s premiere at the Smithsonian’s National Museum of the American Indian.

Special screenings of the film are being shown across the nation and it releases on DVD in November. 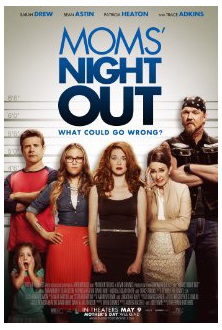 Several Cedarville University alumni are involved in upcoming films, including “A Long Way Off,” “The Great American Wheat Harvest” and “Mom’s Night Out.”