After 30 years of visionary service, Janet Conway, Ph.D., dean of the school of nursing, announced her retirement from Cedarville University.

Since 1982, Conway’s vision has guided the school of nursing. As a key member of the original nursing faculty, Conway helped build the program from the ground up. She played a critical role in developing the nursing school’s first curriculum and used her expertise to make updates throughout the years. Conway also taught multiple nursing classes throughout her tenure.

Named chair of the nursing department in 2007, Conway had a vision to create a nursing graduate program at Cedarville. This goal became a reality when the Master of Science in Nursing program launched in 2011 and received accreditation October 2012. One year later, the department of nursing became the school of nursing with Conway leading as dean.

Conway holds a doctorate in nursing from the University of Texas and earned a Specialist in Clinical Nursing certificate from Indiana University.

In looking back on her career, Conway acknowledges God’s providence in her life. "I am so blessed to have been allowed to serve the Lord in my ‘dream career’ of teaching nursing at a Christian university,” said Conway.

Her dedication to excellence impacted Cedarville through the courses she taught, the students she mentored and the nursing program she developed. Over 30 years of nursing graduates have learned from Conway’s experience and passion. “She poured her life’s ministry into the school and the students, knowing her ministry would reach forward,” said Carrie Keib, Ph.D., acting dean of the school of nursing.

Keib will temporarily replace Conway as acting dean of the school of nursing as the search for a permanent dean is underway. But Keib sees this year of transition as an opportunity to continue Conway’s legacy of excellence and dedication by continuing to strengthen the school and its programs.

The school of nursing plans to hold a retirement celebration for Conway this fall during the University’s homecoming weekend.

“The celebration activities around my retirement are overwhelming to me,” said Conway. "It has been my joy and pleasure to work with students and faculty the past 31 years.” 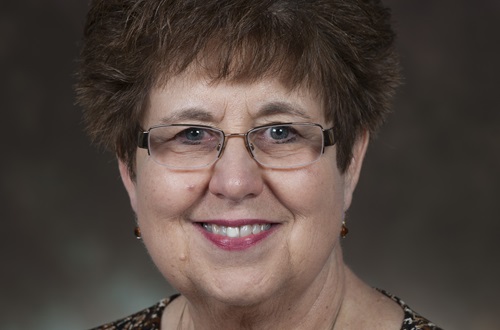