Fagan to Focus Energy on Safe Harbor and Springfield Community

Wednesday, November 6, 2013
Joy Fagan, Ed.D., will be departing Cedarville at the end of Fall 2013 semester to focus her energies on Safe Harbor and her community of Springfield. Fagan is a 1989 graduate of Cedarville and returned as full-time faculty for the Language and Literature Department in 1994. She also contributed to the university’s athletic program for a number of years as an Assistant Women’s Basketball Coach and Assistant and Head Softball Coach. In addition, she served as Resident Director for three years and led a campus-wide discipleship program for two years. During her coaching career, she began teaching part-time in the Bible Department (1999). In 2005 she concluded her coaching career and began her full-time position in the Bible Department, where she developed courses and provided leadership for the Women’s Ministry minor as well as teaching two of the Bible Minor courses.

Fagan transitioned to an 80% teaching load in 2011 to focus more time on a non-profit organization, Safe Harbor House, which she founded in 2009, an organization that works with women coming out of trauma and/or substance abuse. After discussions with Dr. Jason Lee, Dean of the School of Biblical and Theological Studies, she asked to be released from her teaching contract. Fagan says, “I am grateful for the privilege of serving here the past twenty years and will continue to pray for Cedarville University, but at this time I believe God is leading me a different direction for the utilization of my gifts and passions for kingdom impact at Safe Harbor and my community of Springfield.”

University President, Thomas White said, “While unexpected, I certainly commend Dr. Fagan for following the Lord’s will for her and all that she is doing at Safe Harbor house.” White continued, “Her work counseling and training women coming out of trauma and/or substance abuse is a crucial and important ministry. Cedarville prays for her continued success in those endeavors.”

Cedarville University will begin an immediate search for a professor of Women’s Studies/ Women’s Ministries. 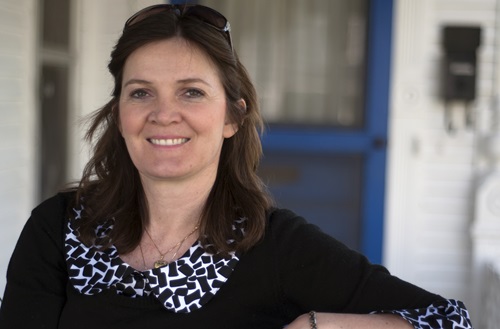 Joy Fagan, Ed.D., will be departing Cedarville at the end of Fall 2013 semester to focus her energies on Safe Harbor and her community of Springfield. Photo credit: Scott L. Huck/Cedarville University