McBride will be hosting her own show every day from 10 a.m. to 3 p.m. on all of WAY-FM’s radio stations all over the country, in states including Alabama, Colorado, Georgia, Florida, Indiana, Kansas, Kentucky, Oregon, South Carolina, Tennessee and Washington.

McBride views the new position as an opportunity to share the gospel with almost a million people nationwide. “I feel so lucky to be a part of this nonprofit Christian ministry that is focused on sharing the gospel,” said McBride.

As a broadcasting and digital media major, McBride found her involvement as a show host and on-air personality with Resound Radio, the University’s broadcast organization, to be especially helpful in preparing for a similar job after graduation.

Jim Leightenheimer, associate professor of communications, directed McBride at Resound and looks forward to seeing how she uses her new platform. “We are very proud of her and how God is using her to reach thousands with the gospel of Jesus Christ through the exciting medium of radio,” Leightenheimer said.

McBride found the rigorous academics and also the guidance of her professors, encouraging students to gain experience through internships and on-campus extracurriculars, to be crucial to her success. “Cedarville, and specifically the Bible minor, gave me the strong foundation and the platform to be prepared to present my faith to almost a million people every day,” said McBride.

After graduating from Cedarville in 2011, McBride started as an intern with WAY-FM in Fort Myers, Fla., and took a position as morning show co-host and community impact director for the Christian radio station after just two week. McBride, who goes by the radio name Joy Summers, will now be headquartered in Nashville, Tenn. 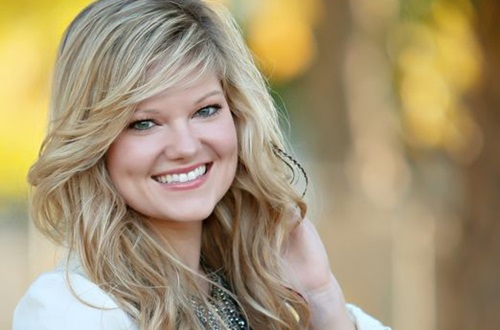