The Department of History and Government is moving! While the department has been in Collins Hall for as long as most of us can remember, the university has decided it is time for a change. Collins Hall was built in 1923 to house science labs and faculty offices. The building was the product of an extensive capital campaign started by Dr. Wilbert McChesney, Cedarville’s second president.

Unfortunately, we are told, the builders only use fired brick on the outside. As a result, over the years the two inner layers of brick, which were not fired, have deteriorated. Good financial stewardship demands that the university make difficult decisions and the amount of money needed to address Collins’s problems is prohibitive. As a result, the building will be closed this summer and eventually will be torn down.

Dr. Murdoch commented that with the move, his career will now move full circle.  When he was hired in 1965, his first office was in the back of the building most recently known as the Human Resources and Safety Center.  He was in a cubicle with three other faculty members.  Fortunately, this time the university will be giving him his very own office!  Stop by and see our new office next time you are on campus. 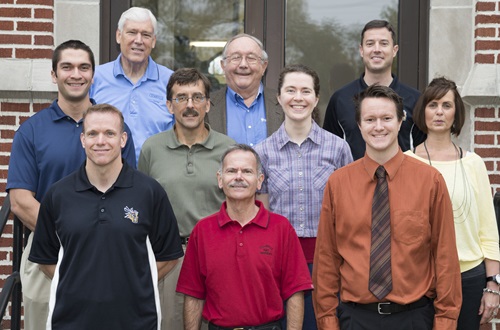