by Department of Music and Worship

Monday, December 9, 2013
David Lawhead has joined the Cedarville University Department of Music and Worship as associate professor of music education after 25 years of teaching in public and private schools.  Lawhead, a 1982 graduate of Cedarville, started his career in St. Petersburg, Fla., where he taught vocal music at Keswick Christian School.

As an educator, Lawhead has taught every level from kindergarten through college.  As the choral director of St. Petersburg High School, Lawhead’s choirs consistently received superior ratings at festivals and enjoyed a busy concert schedule.

Lawhead met his wife, Gail, as a student at Cedarville. The Lawheads have three children, and each were impacted by Lawhead’s teaching in and out of the classroom. “One of the great things about education is the opportunity to spend time with your kids,” Lawhead said..  “I have enjoyed the chance to teach all 3 of my kids in the classroom.  I hope my kids would agree that it was pretty special.” 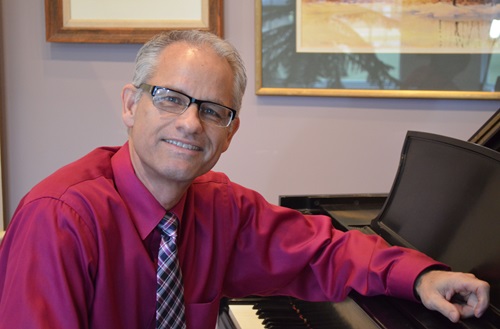 David Lawhead has joined the department of music and worship faculty. Photo courtesy of David Lawhead.