The thesis work of recent graduate and current Cedarville faculty member Lindsay Tucholski is an example of the unique blending of faith and academic research that has become the norm in Cedarville graduate programs. A graduate of the inaugural 10-person Master of Science in Nursing (M.S.N.) class, Tucholski recently conducted research looking at the differences in attitudes of leadership and social justice before and after a service learning experience.

By combining elements of her faith with her nursing work, her research fits in with a significant emphasis of the school of nursing: using nursing as a vehicle for ministry. In this case, Tucholski is working to show how serving others can change hearts and minds.

To carry this out, Tucholski distributed a two-part study designed at the University of Detroit Mercy to students in a Cedarville nursing class. She met with students at the beginning of the semester and had them take a pretest that contained questions about leadership and social justice attitudes. After the students completed a minimum of 60 hours of service learning experience, she followed up with them and had them rank the same attributes in a posttest.

“The experiences ranged from working with the homeless population, to pregnant women, the elderly and school children,” she said. By collecting information about the area in which the students worked, Tucholski was able to determine which areas created the biggest changes in attitudes among the students.

While her required work is done, Tucholski said she hopes to continue the study for a few years to collect additional data to acquire further information about service learning. She also plans to continue writing about her work. “The current plan is to publish some articles about the concept of service learning and also its use in the nursing curriculum,” she said.

This type of work is not unique to Tucholski. All throughout Cedarville’s school of nursing, an emphasis is placed on this type of work. “Lindsay’s work is an excellent example of how elements of the Christian faith can be integrated into a research project,” said Chu-Yu Huang, Ph.D., assistant dean of the school of nursing and director of graduate nursing programs at Cedarville. “The school of nursing is absolutely committed to preparing our students to be voices of influence throughout the profession through these types of projects.” 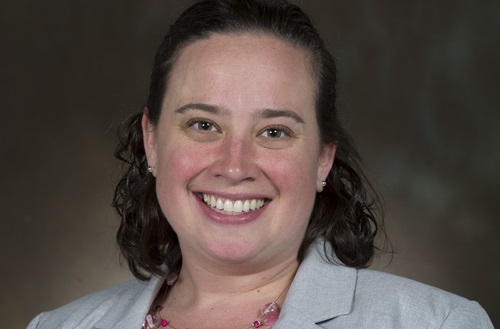 Lindsay Tucholski recently conducted research looking at the differences in attitudes of leadership and social justice before and after a service learning experience. Photo credit: Scott L. Huck/Cedarville University