Former Arkansas governor Mike Huckabee will speak at Cedarville University on Sept. 17 at 8 p.m. in the Dixon Ministry Center. The event is sponsored by the Center for Political Studies and is open to the public. Admission is free with advance registration, and remaining tickets will be sold for $10 at the door.

Guests may also register for a private reception with Huckabee at 6:30 p.m. Tickets cost $250 per person and include reserved seating for the event. The reception is limited to the first 100 guests.

During his two terms as Arkansas governor, Huckabee was nationally recognized for his strong leadership. Governing magazine honored him as one of its Public Officials of the Year for 2005, and Time magazine named him one of the five best governors in America.

Before entering politics, Huckabee began a career in broadcasting and advertising, and then served for 12 years as a pastor and denominational leader. He is also an avid musician and performs throughout the country with his rock ’n’ roll band.

Associate professor of political science Mark Smith said Huckabee’s unusual background and varied talents make him an interesting speaker, regardless of his politics. However, Smith said Huckabee also provides a strong example in both his message and temperament for how Christians can approach the political world.

Smith said Cedarville’s Center for Political Studies will continue to bring key national figures to campus to speak, discuss and debate. In the spring, senior vice president of the Family Research Council Rob Schwarzwalder will speak in chapel and present an evening lecture. 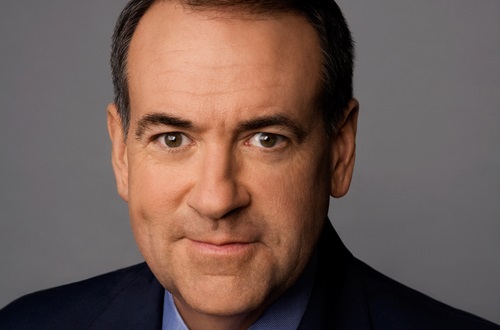