Thursday, September 11, 2014
Cedarville University is ranked #24 among the "top 150 best colleges for your money" according to College Factual (www.collegefactual.com) in a ranking of all universities in the United States. The Troy, NY-based organization uses customizable tools and outcomes-based rankings systems to guide students through the college selection process.

According to the ranking, which includes research and liberal arts institutions, Cedarville is ranked second in Ohio for having the best value. Ohio State University heads the list, while Miami of Ohio is third and the University of Dayton is eighth.

This is the second time this week Cedarville has been recognized by a national organization. On Tuesday, U.S. News &World Report ranked Cedarville University #6 in its Best Midwest Colleges. Cedarville’s 85% retention rate and 95% career placement rate are two factors for its high national and Ohio rankings.

In addition to Cedarville University's ranking by College Factual for delivering top economic and academic value, Cedarville’s psychology program is ranked #8 among the 764 programs in the United States, and its communication and journalism programs are ranked sixth (567 programs nationally). Students in Cedarville’s education program are learning from the #12 ranked program (436 programs).

"We publish a variety of college rankings to get students and parents focused on key factors they need to consider when choosing a school," says Bill Phelan, CEO of College Factual. "How long it will it take you to graduate? Four or six years? What will your expected earnings be, and how does that compare? What's the risk of student loan default? These are tough questions any prospective student should be asking and we highlight these factors throughout our ranking process."

A number of outcomes-based factors were used to determine these rankings, including how well the institution retains and graduates students, the average loan debt per student, the boost in expected earnings, the percentage of full-time teachers, and the average student loan default rate.

A full listing of rankings can be see at http://www.collegefactual.com/colleges/cedarville-university/rankings/badges/.

With a focus on providing sought-after data and unique decision-making tools, College Factual puts the college rankings process in the hands of students and parents and not those of institutions or national publications. 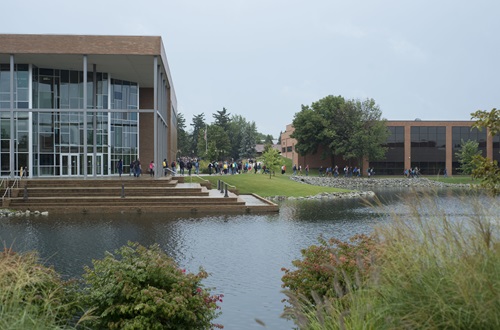 Cedarville University ranks #2 in Ohio and # 24 in the US, according to College Factual.