Retired Lt. Gen. Loren Reno to be inducted into DLA Hall of Fame

Monday, July 28, 2014
The Defense Logistics Agency (DLA) will induct retired Lt. Gen. Loren Reno, dean of the school of business administration at Cedarville University, into its Hall of Fame. The ceremony will be held on July 31, 2014, at McNamara Auditorium in Fort Belvoir, Virginia.

“The value of this honor comes from who is granting it,” said Reno. “It is not because of what I have done but how the Lord has led me and given me opportunities to inspire people to do more than is expected of them.”

After serving in the Air Force for 38 years, Reno worked for DLA in Fort Belvoir from 1994 to 2007 providing logistical support to all four military branches. For more than five years, Reno served on three separate assignments providing contributions to national security and logistics support during Operations Iraqi Freedom and Enduring Freedom.

Reno’s nomination is the result of his impact during his role as vice director at the DLA, as well as the commander of the then-Defense Energy Support Center and deputy executive director of strategic programming and contingency operations. According to the nomination, “Gen. Reno left a legacy of selfless service and leadership…reflecting great credit upon himself, the United States Air Force and the Department of Defense.”

Reno graduated from Cedarville University with a B.S. in comprehensive science and education. Continuing at the University of Southern California, he received a master’s degree in systems management. Since 2012, Reno has assumed leadership of the school of business administration at Cedarville; it has grown by eight percent.

“Any successful leader will have been a servant to make them qualified to lead. As they’re a leader, they will continue to serve,” said Reno. 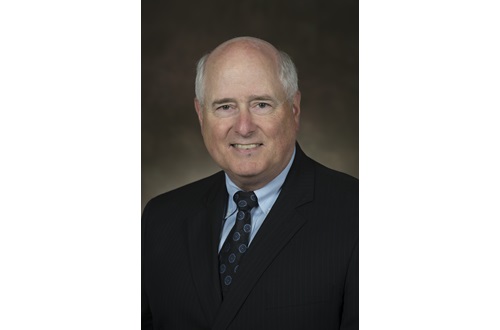