Cedarville University’s chapter of Society of Women Engineers (SWE) has much to be proud of this year.

First, the group from Cedarville placed second again among eight other universities in SWE’s “Game for Girls” computer programming competition. This was the second consecutive year in which our team took second place in the competition, which required the students to create a computer game targeted for high school girls.

SWE also recently completed a service activity, helping a local shelter with a compost project, which is now in use.

In May, the group graduated six members,including the first female computer engineering graduate. This fall, SWE welcomed 10 new female students to the department, bringing enrollment to 37 female students — the largest group to date. 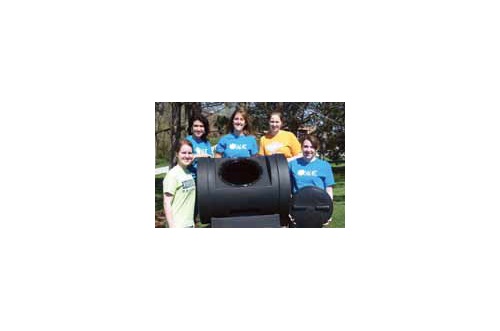