Student Chosen to Serve on the AACP PCAT Advisory Committee

Monday, February 17, 2014
A Cedarville University School of Pharmacy student has been selected as the national student representative for the American Association of Colleges of Pharmacy’s PCAT Advisory Committee.

Rebecca Widder, a second year pharmacy student, was selected from among 85 AACP Walmart Scholars students to serve as the only student representative on the committee. Widder was one of the youngest recipients in the scholarship program, which is dedicated to pharmacy students interested in a career in pharmaceutical higher education. Because of her age, Widder said, she was determined to be the student most suited for the advisory committee, as she had taken the Pharmacy College Admissions Test, PCAT, most recently.

This is the first year the committee has met and, instead of having an application process, the student representative was chosen directly from the AACP Walmart Scholars. As such, Widder knew nothing of the selection, or position, until she was told that she had been chosen.

“It came as a complete surprise,” she said. “I’m very honored to have gotten the invitation, and I’m really excited about the opportunity. Serving on a national committee is a really cool thing.”

The committee was formed as part of AACP’s partnership with Kaplan to make the PCAT test preparation more accessible to pharmacy students. In the fall, Widder received all the materials used for Kaplan’s prep courses and spent the semester reviewing them for the committee’s first meeting in November.

Widder helps teach a PCAT test prep course at Cedarville, which she said helped prepare her for the committee’s work.

During the two-day meeting, Widder worked with nine others to identify the strengths and weaknesses of the course. Widder said she enjoyed brainstorming with the other members on how better to prepare students for the test and would do it again in a heartbeat.

Through her work, Widder said she developed a deep respect for Kaplan and its program. Many of the program’s study strategies and habits were things she had to learn through trial and error and she appreciates the assistance it gives to other students.

Widder said being at Cedarville helped prepare her for the committee’s work through previous experience on committees and the relationships she has formed with faculty.

“The professors have an interest in you as a person, not just as someone they want to get through their class,” she said. “They’ve mentored and taken an active interest in my education and becoming a professional.” 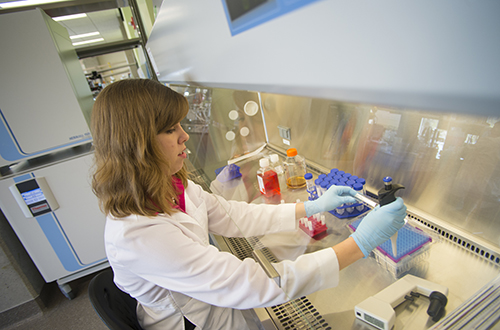 Cedarville University School of Pharmacy student Rebecca Widder was chosen to serve as the student representative on the AACP PCAT advisory board.