Student Interns with Mercedes-Benz of Australia

A Cedarville University student served an internship as an industrial designer with Mercedes-Benz of Australia for three months this summer.

Elena Goodale, an industrial and innovative design student, learned of the internship through her father, who works with Mercedes-Benz Financial in Australia. After much deliberation, she applied and decided to let whatever would happen, happen.

When she received word that she had been accepted, she felt surprised and blessed.

“I felt like I didn’t deserve it,” Goodale said. “It’s a testament that if you step aside and let God work, great things will happen.”

Once she began work in the internship, as the only designer on her team, she was given the significant project of working with dealership development and brand identity for the world-renowned company, along with other tasks and projects.

At the end of her internship, which lasted from May to August, Goodale was told she had accomplished six months’ worth of work in only three months. This accomplishment, she said, is a huge testament to the training she has received in the industrial and innovative design program. For the program, Cedarville has partnered with the International Center for Creativity in Columbus, Ohio, to give students the opportunity to get real-world, hands-on design experience.

“The program at the ICC is the only one like it,” said Goodale. “The skills I have been taught that are normal, the world thinks are incredible. But they’re just normal things.”

As a senior, Goodale is required to complete a senior project involving the four principles of design she has been taught in her time in the program. She decided to use the project as an opportunity to do something with real-world value for Mercedes-Benz and presented her dealership redesign proposal before a group of distinguished individuals who work at the company.

The group was impressed with Goodale and her proposal, but decided not to give their approval in favor of a better opportunity, giving a recommendation to the Advanced Design Center in Germany. Goodale personally met with the CEO of Mercedes-Benz of Australia, who extended her internship and sent a recommendation for an internship and senior project to the director of Mercedes-Benz design in Germany. She is scheduled for an interview at a California office in October.

“My goal was to be myself,” Goodale said of her time in her internship. “I wanted to be humbly confident. I’m good at what I do because of Him, not because of me.” 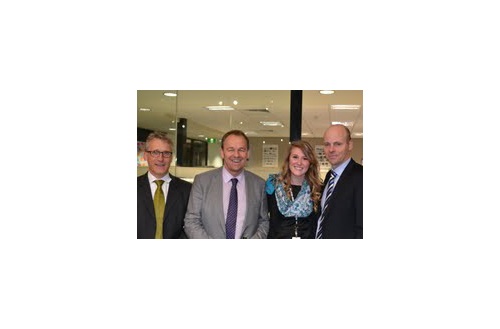