Contestants will compose and record short, season-inspired melodies that will be considered for performance by the Dayton Philharmonic Youth Orchestra in December. After the submissions have been narrowed to 10 selections, which will be performed publicly in May, four melodies will be chosen as finalists and used in the concert. Austin Jaquith, Ph.D., assistant professor of music theory and composition at Cedarville, is directing the project. He and Steve Winteregg, Ph.D., assistant academic vice president and dean of the College of Arts and Sciences, will serve as judges for the finalists, along with other faculty from  local universities.


These melodies will then be fully orchestrated by student composers, two of which, Sean Kisch and Calvin Hitchcock, are Cedarville students.


"I’m really excited about it,” said Hitchcock. “It’s a great opportunity for students to get involved outside of campus and in the Dayton area.”

Kisch said he is excited to give students the help he did not have as a young composer.“I remember when I was young and my composition opportunities were limited to the musicians I knew,” he said. “It’s neat that we can give young composers such a big opportunity.”

To prepare the melodies for the concert, the student-composers will flesh them out, creating long compositions for over 90 musicians from the single performer pieces. Music will be written for each section of the orchestra, using the melody as a base and adding to it to create a 20+ page piece.


Along with co-directing the contest, Jaquith will be presenting a workshop as a starting point for students who are interested in the contest, but lack the knowledge and skills to compose.

Jaquith said he hopes the competition will create interest in the concert and in the Dayton Philharmonic Youth Orchestra.


“We hope the community will come and hear the finalists,” he said. “It will give young kids the opportunity to hear the orchestra when they might not hear it otherwise. It is the first time a project like this has happened int he Greater Dayton area," said Jaquith, and he hopes it has a broad effect.


“We want to get the Dayton community excited about the concert,” he said. “And to get excited about the terrific sound of this ensemble. It’s been a real privilege to work with Patrick Reynolds and the DPYO in this capacity.” 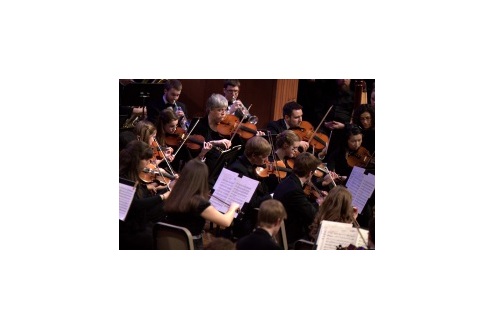