"I am honored to serve the University in this important responsibility,” said Clark after accepting the invitation from John E. Hart, Esq., general counsel for Cedarville University. “I see this opportunity as a platform to use the passion God has given me to assist the Cedarville family as it works through life situations.”

Clark has worked at Cedarville University since 1996, and in 2007 she was named the Faculty Member of the Year. In addition to her teaching, and now being the Title IX coordinator, Clark also functions as the faculty athletic representative.

Clark also was a volleyball coach at Cedarville and is a member of the University’s Athletic Hall of Fame. In 1998 she was named the Coach of the Year in the conference in which the Yellow Jackets competed.

Assisting Clark in her Title IX work are Robert Vaughn, J.D., assistant professor of criminal justice and associate university counsel, for training purposes, and John Davis, director of academic human resource services, in an investigative role. Individuals from athletics, student life, human resources, academic services, and public safety will also assist Clark in this role. Her coordinator responsibilities and the University's Title IX policies can be seen at cedarville.edu/TitleIX.

Prior to coming to Cedarville, she held faculty positions at Indiana University-Purdue University at Fort Wayne (IPFW), and Taylor University. 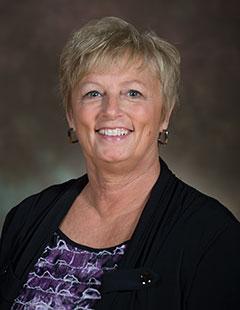 Teresa Clark has been named the new Title IX coordinator for Cedarville University.