Friday, March 21, 2014
Cedarville University’s Department of Art, Design and Theatre presents Patrick Barlow’s “The 39 Steps,” the final production of the 2013-14 season. The production will open in the DeVries Theatre on April 3 at 8 p.m.

Set in 1935, “The 39 Steps” follows Richard Hannay, a lonely man with a boring life, as he finds himself accused of murder and caught in dastardly scheme to take over the world. “The 39 Steps” is energetic, creative and fun, but also contains deeper themes. The play tells the story of a man and woman who find a reason to live, discover that there really is love in the world and learn how to make a difference in the world with their lives. Four actors, playing what seems like 150 characters, will delight the audience through this story of mystery, comedy and love. As one description of Barlow’s Hitchcock adaptation said, “Mix a Hitchcock masterpiece with a juicy spy novel, add a dash of Monty Python and you have ‘The 39 Steps,’ a fast-paced, whodunit for anyone who loves the magic of theatre!”

“The collaboration of designers, actors, stage managers and assistant stage managers is a big part of the major force behind this show,” Rebecca Baker, the production’s director, said. “I hope it’s something that is a good break for people because spring is such a busy time.”

A special teaser performance of the play will be given at the Arts Madness Pops Concert event in the Cedarville University Stevens Student Center on March 28 at 7 p.m. Free tickets will be given away during the concert.

For more information on the production, call 937-766-4491 or visit the Cedarville University “The 39 Steps” webpage.

Cost: $15 for adults and $12 for children and students 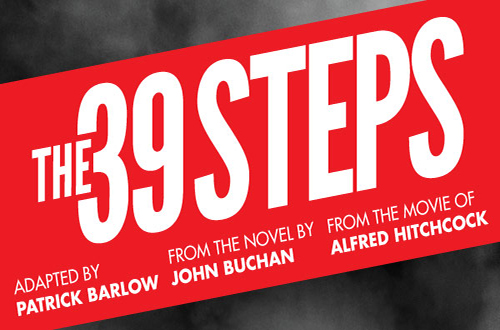 Cedarville University’s Department of Art, Design and Theatre presents “The 39 Steps,” the final production in the 2013-14 theater season.