Wednesday, June 25, 2014
A successful resolution between Cedarville University and the U.S. Department of Education’s Office of Civil Rights (OCR) has been achieved on a 2013 Title IX complaint according to an official letter from Meena Morey Chandra, acting director of OCR’s Region XV. The letter was dated on June 23, 2014.

Cedarville University was commended for its willingness to work with OCR. According to the letter, it stated, "We appreciate the cooperation of the University during the preliminary investigation and resolution of this complaint.”

Based on a complaint filed on May 17, 2013 with the Office of Civil Rights, the OCR explored whether the University had a Title IX coordinator or prompt and equitable grievance procedures that address sex discrimination.

As stated in the letter, “the information obtained to date in OCR’s investigation indicates that at the time the complaint was filed the University had Title IX policies and procedures, but that they were not readily available to students and University employees and that they were under revision. The University also had designated an individual to investigate sexual harassment complaints, but it had not identified this individual in writing as the University’s Title IX Coordinator and it had not published her contact information.”

“I am thankful for the detailed and diligent work of Cedarville’s Title IX Task Force. They sought input from national consultants and cooperated fully with the thorough work of the Office of Civil Rights,” said Thomas White, president of Cedarville University. “To know that we have the appropriate steps in place is pleasing, and I can assure you that we will take the proper and timely handling of these matters seriously.”

From the beginning of the inquiry, Cedarville University took a proactive approach for the purpose of effectively solving any potential deficiencies attributed in the allegation.  According to the OCR letter, “before the conclusion of OCR’s investigation, the University expressed interest in voluntarily resolving the complaint pursuant to Section 302 of the Manual. The Manual provides that a complaint may be resolved before the conclusion of an OCR investigation if a recipient asks to resolve the complaint and signs a resolution agreement that addresses the complaint allegation.” The letter made clear “such a request does not constitute an admission of liability on the part of the University, nor does it constitute a determination by OCR that the University has violated any of the laws that OCR enforces.”

The University will provide the OCR with its first monitoring report by September 30.  It will also provide training for all responsible employees connected to Title IX policies and procedures, while continuing to educate the campus community.

“Cedarville University is committed to following biblical principles that shape how we care for others,” said Thomas White, president. “This approach to honoring others, I believe, was evident by the way we worked with OCR on this matter.” 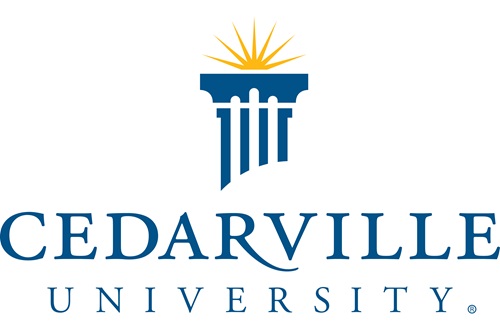