Tuesday, September 30, 2014
On Thursday, Oct. 2nd at 7 p.m., the Cedarville University Department of Music and Worship will hold its first Alumni Recital. This event will be held in the Dixon Ministry Center Recital Hall and is free and open to the public. This will be the first event of many during Cedarville’s 2014 homecoming celebration.

Two alumni, Stacey Russell of Butler, PA and Gregory Gallagher of Baton Rouge, LA, will perform in the recital. Both graduated from the music program in 2011. Russell, a flautist, furthered her education at both Wright State University and the University of South Carolina and is now an independent soloist, teacher and collaborative musician. Gallagher received a master’s degree in vocal performance from Louisiana State University (LSU). He continues to study and is pursuing his D.M.A. with a minor in vocal pedagogy, also at LSU.

Both of these alumni have performed professionally. Russell has recently spent time performing and teaching in North and South Carolina, Iowa, Pennsylvania, and Germany. Gallagher has performed in places such as San Francisco and Chicago. In addition, they’ve also been presented with several honored positions, including worldwide tours and participating in a studio artist program in Italy. 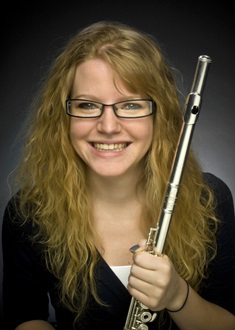 Cedarville's department of music and worship will present its first Alumni Music Recital on Oct. 2, 2014.