Tuesday, March 17, 2015
Andrew Cheney, a Cedarville University graduate, is starring in the movie “Beyond the Mask” that will be released April 6, 2015. With a screenplay written by Paul McCusker (Adventures in Odyssey) and Stephen Kendrick (Fireproof, Courageous), Beyond the Mask brings history to life in a faith-filled adventure celebrating grace, liberty, and the true freedom found in Christ.

In the film, Will Reynolds (Andrew Cheney), an assassin for the British East India Company, desires to begin a new life.  His boss, Charles Kempf(John Rhys-Davies, Lord of the Rings), has other plans.  Double-crossed and on the run, he assumes the identity of an Anglican priest in a small English town, where he falls in love.  When found out, he is on the run again, disguised as Ben Franklin’s printer apprentice, in the American colonies.  He attempts to foil a plot that would interrupt the colonies’ desire for freedom and win back the affections of his beloved Charlotte.  Beyond the Mask is about Reynolds’ search for redemption and a new identity.

While at Cedarville, Cheney played varsity soccer and majored in corporate finance and non-profit management.  He currently lives in Los Angeles, California.

“Cedarville's sound biblical teaching, both in the classroom and through chapel services, as well as the strong community that it brought into my life, continues to be a blessing both personally and professionally as I navigate the entertainment world out here in LA,” Cheney said.

Cedarville hopes to reserve a screen to show the film in Fairfield Commons Stadium in Dayton on April 9, 2015, but there needs to be enough viewers for the screen to be reserved. Purchase your tickets at http://www.beyondthemaskmovie.com by March 30 in order for the film to show. 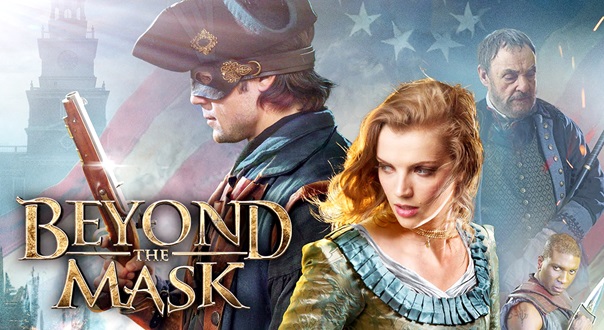 Andrew Cheney, a Cedarville University graduate, is starring in the movie “Beyond the Mask” that will be released April 6, 2015.