Friday, October 31, 2014
Grammy- nominated violinist Andres Cardenes will perform at Cedarville University on  Sunday, Nov. 2 at 4 p.m.,in the Recital Hall inside the Dixon Ministry Center. He will be accompanied by professional pianist Andrea Arese-Elias, DMA, from Cordoba, Argentina

Cardenes, former Pittsburgh Concertmaster, is recognized as a musical phenomenon worldwide, and receives acclaim for his wide variety of performances as a violinist, conductor, violist, chamber musician, concertmaster, and recording artist. Cardenes studied at Indiana University with Josef Gingold  and continued his education under Bryan Balkwill, former conductor at Covent Garden in London, England. He is currently a violin professor at Carnegie Mellon University and is a guest in residence as the University of Colorado at Boulder.

In 1982, Cardenes received second prize in the Tchaikovsky International Violin Competition in Moscow, Russia. Since then, he has appeared as a soloist on four continents with over 100 orchestras, including the Philadelphia Orchestra, Los Angeles Philharmonic, and the St. Louis Symphony.

“He is a fantastic violinist and teacher,” said Carlos Elias, professor of music and director of Cedarville’s orchestra. “We are very fortunate he is coming to the Miami Valley for this concert.”

Arese-Elias is a collaborative pianist and piano instructor. She has played as a solo artist and chamber musician around the world and has accompanied Cardenes many times before.

Along with the recital, Cardenes and Arese-Elias will give two master classes on Monday, Nov. 3 to Cedarville students. The recital and both master classes are free and open to the public. 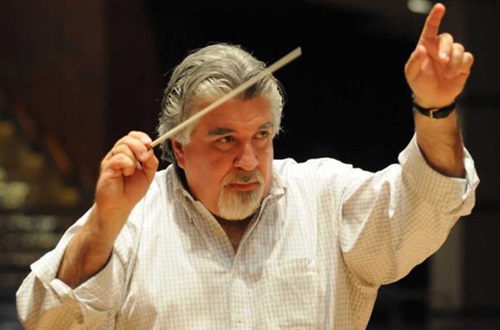