Monday, June 15, 2015
A member of the Cedarville University class of 2019 has already joined the ranks of the nation’s elite students. Lindsey Carroll, who intends to study computer science at Cedarville in the fall, scored a perfect 1,600 on her SAT last summer.

Thanks to her perfect score, Carroll has been awarded multiple academic scholarships, including the prestigious President’s Scholar and Special Scholar Awards, which will cover the full cost of tuition at Cedarville.

The average SAT score of an incoming freshman at Cedarville is 1,180, more than 100 points higher than the national average of 1,010. But Carroll is among an elite group nationwide that was able to blow past both of those scores.

“I’ve had a lot of preparation during my time at Keswick Christian School,” she said. “We’ve been taking standardized tests since elementary, with many of the same or similar concepts you see on the SAT. Ultimately, though, any reasoning or test-taking ability I have comes from God.”

According to the most recent information from the College Board, which administers the annual college entrance exam, just 494 of the more than one million students who took the exam last year earned a perfect score, meaning less than one-third of 1 percent of test takers scored a 1,600.

So why did Carroll, a native Floridian, choose Cedarville when she could have gone almost anywhere?

“I wanted to go somewhere that would encourage and challenge me both in the classroom and in the Spirit,” she said. “God kept opening the door for me to go to Cedarville. When other doors closed, Cedarville continued to pursue me and welcome me – I knew it was the right place for me.”

Cedarville typically has one or two applicants each year who compile a perfect score on the SAT. Not only was Carroll one of the few students to score a 1,600 on the SAT, she was also one of just 2,500 students nationwide to earn a National Merit Scholarship.


“Cedarville is blessed to attract high caliber students from all across the country,” said Roscoe Smith, associate vice president for university admissions. “Lindsey is obviously an exceptional student, and we are excited to have her join the Cedarville community this fall.” 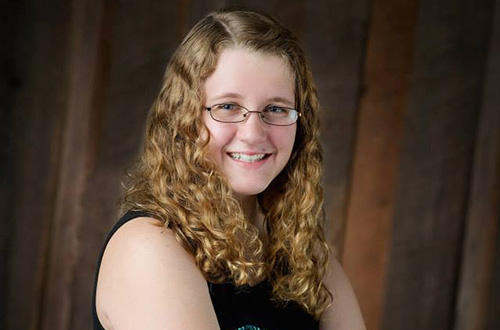 Lindsey Carroll, who will begin at Cedarville in the fall, scored a perfect 1,600 on her SAT and earned a full tuition scholarship.