Running for a Cause

Ferguson died in 2011 after a five-year battle with endometrial cancer. Throughout her illness, Cedarville University nursing students, led by Dr. Judi Shrubsole, adjunct professor of nursing, cared for her.

After her death, Ferguson’s family began the memorial 5K race to raise awareness for endometrial cancer. All of the proceeds from the event support a nursing student scholarship at Cedarville. The recipient must be enrolled in the university’s nursing program, desire to go into oncology, have a minimum of a 3.5 grade point average and be committed to community and Christian service.

“Thinking of all the hundreds of people who have invested in me and made it possible to study nursing reminds me of the joyous obligation I have to serve Christ and others for the rest of my life,” said Sara King, this year’s scholarship recipient. 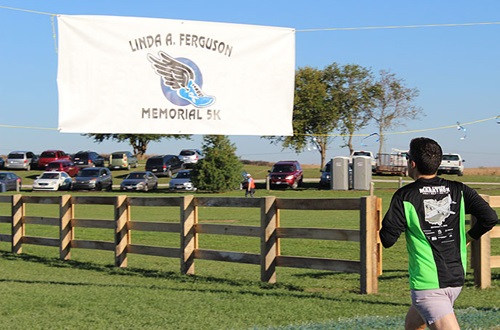