Friday, October 10, 2014
Lydia Gaddis has been named associate vice president of human resources at Cedarville University, effective September 25. In this role, Gaddis will bring a wide range of knowledge and 10 years of experience.

Gaddis began her work at Cedarville in April 2012 as staffing service coordinator and was promoted to director of staffing services two years later. Prior to her roles at Cedarville University, she held a variety of human resources positions at Automatic Data Processors in Atlanta, Georgia, NorthgateArinso in Norcross, Georgia, and the office of the Ohio Secretary of State in Columbus, Ohio.

Gaddis graduated from Cedarville University in 2005 with a degree in public administration. She received an MBA with an emphasis in human resources management in 2007. Gaddis, in 2013, earned the Professional in Human Resources Certification.

“I am honored to have the opportunity to represent my alma mater in this capacity,” said Gaddis. “The fact that the Lord has allowed me to continue to serve Cedarville University while simultaneously working in a field that I love makes me so grateful! I believe (Christian) institutions are needed in the world today, and I am excited for how the Lord will use me.” 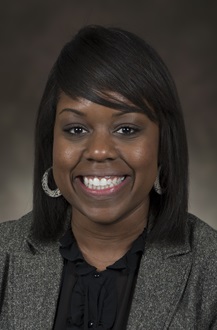