Tuesday, April 21, 2015
Mentoring is a practice that is demonstrated by the entire Cedarville University psychology faculty and is considered a longtime hallmark of the department. Michael Firmin, Ph.D, professor of psychology, has taken this trademark to a new level.

Along with other Cedarville University faculty, Firmin, who came to Cedarville in 1998, has personally helped 84 students achieve doctoral program admission. His work has amplified the psychology department’s strong suit.

Firmin loves helping university students and views mentoring psychology majors as a key element of his professional mission as a university professor. Spending time with students outside of the classroom has been a trademark of his tenure, leading to personal success, increased scholarship, and professional development for his students.

According to Firmin, by students’ sophomore year, they are challenged to begin thinking about long-term career objectives and have started making decisions that lead toward future career paths. In order to become a licensed psychologist, an undergraduate psychology major eventually must earn a doctoral degree (Ph.D. or Psy.D.). Doctoral admissions committees have high expectations of undergraduate applicants. Committee members expect candidates to have participated in projects presented at national research conferences and to have also been published in peer-reviewed journals.

“Any admission to a doctoral psychology program is extensive and challenging, particularly in comparison to other medical school programs,” said Firmin. “Many Cedarville students face a one-to-seven percent acceptance rate into psychology doctoral programs. That’s what makes the mentoring component so critical to Cedarville’s successful placement rate.

One strategy implemented by Firmin is his willingness to co-author papers with his students. Firmin believes this is a critical aspect of the admissions process that helps Cedarville students reach their academic goals.

The TA position, according to Firmin, has been one of the best predictors toward of being admitted into psychology doctoral programs for CU psychology students.

“The undergraduate TA role not only provides a very strong application component, but it also has helped many Cedarville alumni to receive selection as graduate-level TAs, which has funded their doctoral studies.”

Firmin has been a full-time psychology professor since 1988 and has received the Cedarville University Faculty Scholar Award (2005), Innovative Teaching Award (2007), Award for Excellence in Teaching & Learning (2007), and Teaching Effectiveness Award (2011). His academic expertise is broad, including having co-authored more than 100 peer-reviewed journal publications, presented over 150 papers at national research conferences, serving as the Journal of Ethnographic & Qualitative Research editor, and directing two annual national research conferences. 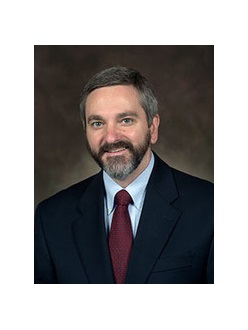 Michael Firmin, Ph.D, professor of psychology, has taken this trademark to a new level.