“Religious freedom is what allows places like Cedarville (University) to have a place in the public square, “said Jennifer Marshall, vice president at The Heritage Foundation and a keynote speaker at the Summit.  “Religious freedom is the principle in law that allows individuals to speak and act in private and in public according to their convictions.”

In addition to the in depth dialogue on religious freedom, the Summit also opened some opportunities for Cedarville University students to begin discussing internship opportunities with some of the like-minded organizations at the event. Cedarville is expected to hold another Summit next year, although the topic has not yet been determined. 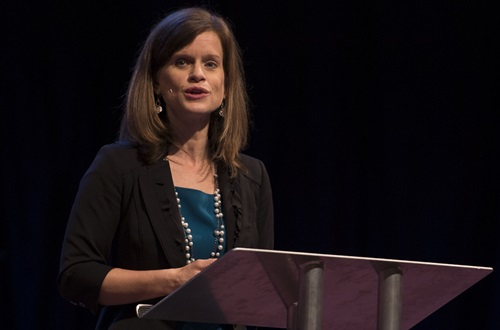 Jennifer Marshall, vice president at The Heritage Foundation and a keynote speaker at the Religious Freedom Summit.