Friday, October 3, 2014
Cedarville University, in partnership with the Chuck Colson Center for Religious Worldview, will host the two-day Religious Freedom Summit Oct. 9-Oct. 10, 2014 in the Dixon Ministry Center. Experts will discuss the assault on religious freedom as well as ways of preserving religious freedom.

The headlining speaker is Steve Green, president of Hobby Lobby. The arts and crafts retailer made national news this year after the U.S. Supreme Court ruled in the company’s favor that it didn’t have to fully comply with the Affordable Care Act because of its religious beliefs.  Green will speak Oct. 9 at 7 p.m. He will also lead a breakout session on business at 2 p.m. on the same day.

Joining Green at the summit will be Russell D. Moore, the president of the Ethics and Religious Liberty Commission; John Stonestreet, fellow at the Chuck Colson Center for Christian Worldview; and Jennifer Marshall, vice president for the Institute for Family, Community, and Opportunity at the Heritage Foundation. A full list of speakers can be seen below.

“Religious freedom has been an important American freedom since our founding,” said Mark Caleb Smith, Ph. D., director of the Center for Political Studies and assistant professor of political science at Cedarville University. “As our country becomes more diverse and as we have more disagreements over moral issues and even religion itself, the idea of religious freedom is going to be at the heart of those discussions.”

In addition to plenary sessions, there will be breakout sessions in political science, pre-law, business, education, communication, bioethics and theology.

“This conference is an opportunity for us to speak in depth about an important topic for our culture,” said Smith, “It will provide all attendees a great opportunity to engage their minds on this issue.” 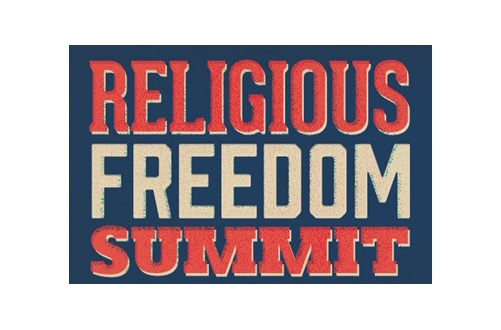