Tuesday, February 24, 2015
Dr. Russell Moore, president of the Ethics and Religious Liberty Commission (ELRC) and renowned author will be speaking at Cedarville University on February 25 at 10:00 a.m. in the Dixon Ministry Center.

Moore is a well-sought after speaker, commentator and author. He has authored several books including, Adopted for Life: The Priority of Adoption for Christian Families and Churches, and The Kingdom of Christ and The New Evangelical Perspective and the forthcoming Onward: Engaging the Culture without Losing the Gospel. Recently, Moore appeared on CNN in an interview with Jake Tapper for his Washington Post comments on the ISIS/Crusades comparison made by President Barack Obama at the National Prayer Breakfast on Thursday, Feb. 5.

Moore has been recognized by a number of influential organizations including The New York Times, USA Today and The Washington Post. He has also appeared on national programs including Fox & Friends, ABC, CNN Newsroom, PBS Religion and Ethics Weekly, Focus on the Family and CSPAN’S Washington Journal. He has also spoken on religious issues at The White House and in multiple United States Senate Committees.

Bobby Jindal (R), governor of Louisiana, endorsed Moore by saying, “His presence of mind and keen insights as a theologian and pastor are such that his work has not only benefited me personally, but many who serve our nation in public life.” 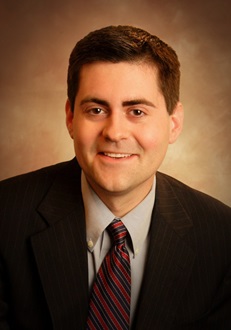 Dr. Russell Moore, president of the Ethics and Religious Liberty Commission (ELRC) and renowned author will be speaking at Cedarville University on February 25 at 10:00 a.m.