The festival will demonstrate the students’ creative and technical talent in filmmaking. Beginning at 12 a.m. on Friday, students will have 72 hours to produce and edit a drama, comedy, action-adventure,   animation, or silent film.

The films will be presented at an awards show on Nov. 8 at 8:30 p.m. in the DeVries  Theatre. A panel of judges, composed of Cedarville digital media professors, will critique the films and grant awards based on talent, creativity and cinematography.

The grand prize winner will be awarded $400, and $25 prizes will be awarded in subcategories including best actor and actress, best cinematography, best film shot with a cellphone and best VINE submission.

For the first time this year, student government will add a Live Awards Pre-Show at 7:45 p.m. with live music, hors d’oeuvres and photography on the red carpet. Students are encouraged to dress formally.

There is no cost to participate in the festival, and the awards show costs $3. 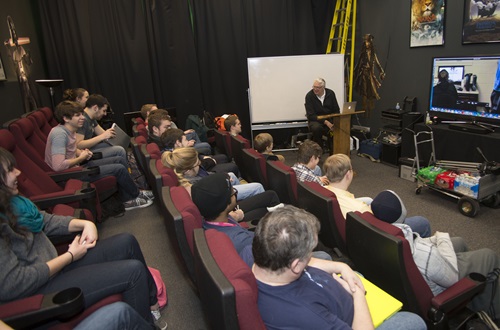