"The Voice" of Cedarville University

Monday, March 23, 2015
Brian Johnson, a 2012 alumnus from Cleveland, Ohio, has made it to the Knockout Round of the hit TV show “The Voice.” The Voice is seen on NBC on Monday and Tuesday nights at 8 p.m. EST.

He impressed the judges with his performance of the song “Reason to Believe” during his blind audition, and won the battle round against Joshua Davis with the song “Knockin’ on Heaven’s Door.” He will be performing the week of March 23 in the Knockout Round, in which each contestant picks his or her own song to sing to compete to be in the live shows.

“I picked a really upbeat song, and I’m excited for America to hear it,” he said.

Johnson, who majored in organizational communication and currently is a worship team leader at Journey Church in Fairview Park, Ohio, grew up enjoying music.

“I just threw myself into music knowledge,” he said. “I listened to so many genres of music and found different artists that I loved. I studied music charts and sales, and that's where my passion for music started.”

Even though he enjoyed music, Johnson struggled with singing on a stage by himself because of how he was treated by classmates. Now, however, Johnson is enjoying the opportunity to perform on the biggest stage of his life — and on NBC’s hottest television program.

“I kind of went into my shell after being bullied by my friends,” he said. “I let others’ words define who I was and didn’t really build my confidence back up until the end of high school when I started a band.”

Johnson said that Cedarville gave him many opportunities to grow as an artist and as a person. He excelled in the University’s OneVoice and Jubilate choirs, but also with the chapel band. In addition, he performed at the students’ Thursday Night Live events and in the end-of-the-year show, Elliv.

“I made many friends and connections who would let me perform,” he said. “I grew even more confident in who I was an artist and as a person. I stopped letting other people’s words define who I am and realized that the only person who can define who I am is God.”

Located in southwest Ohio,Cedarville University is an accredited, Christ-centered, Baptist institution with an enrollment of 3,620 undergraduate, graduate and online students in more than 100 areas of study. Founded in 1887, Cedarville is recognized nationally for its authentic Christian community, rigorous academic programs, strong graduation and retention rates, accredited professional and health science offerings and leading student satisfaction ratings. 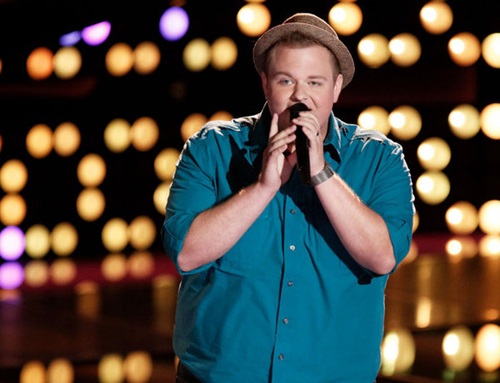 Brian Johnson, a 2012 alumnus from Cleveland, Ohio, has made it to the Knockout Round of the hit TV show “The Voice.”