Monday, February 9, 2015
Faculty decisions and the 2015-16 budget were the two main items when Cedarville University’s Board of Trustees convened its January 2015 meeting. The Trustees approved the hiring of four faculty members, its 2015-16 budget, which includes tuition, room and board costs.

During the past five years, Cedarville’s average tuition increase was 2% (compared to 3.9% national average for private colleges). Meanwhile, the university’s commitment to financial aid has increased 52%.

“In a time where college affordability is a national talking point, we’ve worked diligently to create a budget that attempts to help students make a Cedarville education more affordable,” said Thomas White, president of Cedarville University. “With the increase in financial aid, we believe we are making college more manageable for those who want a rigorous, Christ-centered education.”

Students who graduate from Cedarville University leave with lower-than-normal debt and a lower student loan default rate than national statistics. The default rate for Cedarville students is 1.4 percent, while the national average is 13.7 percent and 16.7 percent for students from Ohio universities.

Gilhooly has been teaching for the past 18 months at Cedarville University, and has received high marks from students and colleagues. In his time at Cedarville, Gilhooly has taught in the school of biblical and theological studies as well as the honors program. Gilhooly earned his doctoral degree in philosophy of religion and historical theology from Southwestern Baptist Theological Seminary. He holds a master’s degree in theology from the University of Dallas and a bachelor’s degree in English literature from Texas A&M. Prior to coming to Cedarville, Gilhooly was an adjunct professor at Southwestern Baptist Theological Seminary, Weatherford College, and Richland College.

Shepherd joins the faculty of Cedarville University with 9 years of teaching experience at Louisiana College, where he served as associate professor of Christian studies. During his time at Louisiana College, Shepherd also played a key role in the development of master’s level courses in their Caskey Divinity School. Shepherd has published 5 scholarly monographs with Peter Lang, as well as several essays and articles in scholarly books and journals. He earned his doctoral degree in Old Testament studies from Southeastern Baptist Theological Seminary. He holds a master of divinity degree from Southeastern Baptist Theological Seminary and a bachelor of fine arts from New School University in New York.

Pahl earned her doctor of pharmacy degree from Ohio State University and a bachelor’s degree in pharmacy from Ohio Northern University. Since 2002 she was the pharmacy manager for MedCentral Health System in Mansfield, Ohio.


In addition to the new hires, the Trustees approved the promotions of the following: 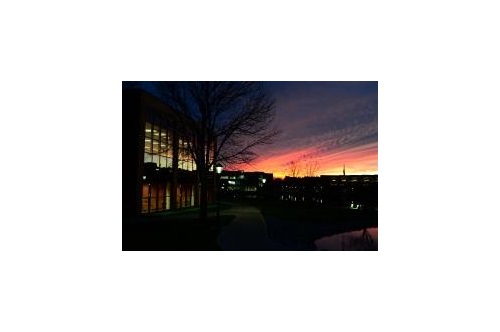 The Board of Trustees approved the hiring of four faculty members, its 2015-16 budget, which includes tuition, room and board costs in their January 2015 meeting.