The B.A. in economics program combines economics, business and political science courses to give students the needed training and analytical skills for a career in business. A concentration in political science or business economy is required as part of the major. The B.S. degree in economics is designed for students who want to pursue graduate studies. Those students will complete additional analytical courses, including mathematical economics and an introduction to econometrics.

The five-year B.A./M.Div. degree program will prepare students for ministerial service in the local church. This includes pastors, leaders in women’s, youth and worship ministries — as well as for missions.

“The new B.A to M.Div degree will allow students to minimize their debt and maximize their ministry by obtaining a degree in five years that usually takes eight,” said Dr. Thomas White, president of Cedarville University. “As a Christian university that stands for the Word of God and the Testimony of Jesus Christ, we want robust biblical studies offerings. This degree demonstrates academic excellence and our commitment to spreading the Gospel to the ends of the earth.”

In addition to the university’s liberal arts core, students will take courses in biblical languages, Old and New Testament, theology and text-driven preaching, evangelism and missions. Each student will also work through a mentorship and internship and be part of a yearlong character-development group.

The trustees also appointed Evan English to serve on the board. English, a 1988 graduate of Cedarville University, is the president and CEO for Olde English Outfitters. He and his wife, Layne, have two children — one who is a current student at Cedarville University and the other is a high school senior.

“I have always strived to be a servant who values others’ accomplishments more than my own,” said English. “I credit the success of our business to God’s divine provision.”

In other business, the two phases of the science laboratory renovation are nearing completion. The first phase included creating anatomy and physiology labs and relocating the operations staff. Phase two includes renovating a new chemistry laboratory center, new biology labs and new engineering labs in the Engineering and Science Center. The chemistry and biology labs are expected to be completed by early-to-mid-July, while the new engineering labs should be finished by December 2015 and ready for students in the spring 2016 semester.

All funding for these projects have been secured through private donations.

The trustees approved the following new faculty appointments for the 2015-16 academic year:


The trustees also approved the retirements of Margaret Wheeler, M.Ed., associate professor of communications, and Marsha Swinehart, RN, M.S.N., assistant professor of nursing. Wheeler became a faculty member at Cedarville University in 1995 and is granted emeritus status. Swinehart joined the faculty in 2008. 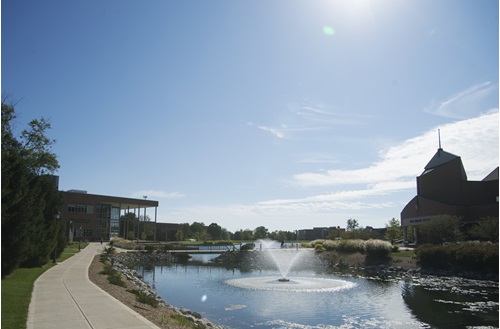 Cedarville University’s board of trustees supported the university’s plan to pursue approval from the Ohio Board of Regents and the Higher Learning Commission on four new academic programs.