Thursday, November 6, 2014
For 35 years, Cedarville University has honored United States veterans through a special service held on Veterans Day. This year, a special emphasis will be directed toward military chaplains during the university’s annual Veterans Day program on Tuesday, Nov. 11, at 10 a.m. The event will be held in the Jeremiah Chapel that seats 3,300 in the Dixon Ministry Center.

The program will recognize more than 450 veterans, representing each military branch. The university’s symphonic band will play, “The Light Eternal,” which tells the story of the four chaplains who lost their lives on the SS Dorchester after being attacked by a German U-boat during World War II.

Honored guest David Carr, Air Force Chaplain, will speak at the event. Carr has been a United States Air Force chaplain since 1996. He graduated from Cedarville in 1983 and is currently serving at the Pentagon. Other speakers include retired three-star Lt. Gen. Loren Reno, dean of the school of business administration, and Thomas White, president of Cedarville University.

Cedarville’s Army and Air Force ROTC students will present the color guard and its choirs will perform patriotic music.

Veterans are invited to attend the service where they will be honored and recognized. The event is free and open to the public.

Cadet, first Lt. Logan Mauk, special projects officer for Cedarville’s Air Force ROTC program, and cadets would like to honor faculty and staff who have served in the military on this day. They will escort all faculty and staff veterans from their offices to chapel in the morning, giving them full military customs and courtesies and will display their uniforms in the Dixon Ministry Center. 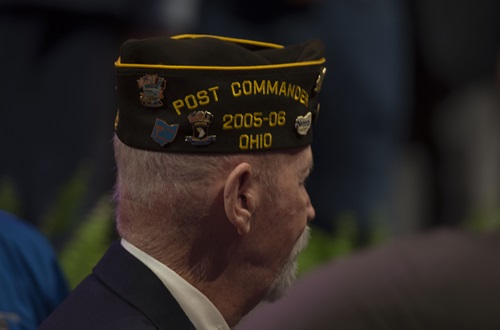