A Journey to Hollywood Began at Cedarville

Friday, November 13, 2015
Cedarville alumna Sarah Brown Carter is living out her dream in Hollywood, though her path has been far from conventional. After spending her childhood in Germany and Atlanta, her family moved to Cedarville when her father, Gerry Brown, Ph.D., began working as associate professor of electrical engineering at Cedarville University.

Carter spent her first two years of college at Anderson University (Indiana) before transferring to Cedarville, where she majored in theater and film. In 2011, she was granted permission from Cedarville’s study abroad program to study at the prestigious Prague Film School in the Czech Republic.

“Cedarville had never sent students to the Prague Film School through the study abroad program,” she said. “I had no idea if I would be granted permission to go, but after getting all the required paperwork filled out to do my own program, I was able to go.”

In 2012, she graduated with honors from the Prague Film School and was named as the school’s top actress that year.

Following her graduation from film school, Carter moved to Los Angeles, where she has spent the past three years acting in multiple commercials and TV shows, including “My Haunted House” on A&E and “Unusual Suspects” on Investigation Discovery.

Despite traveling all around the world for her work, she still credits Cedarville University for helping her get where she is today.

“I’m incredibly grateful for my time at Cedarville and the relationships I formed while on campus,” she said. “Cedarville gave me the opportunity to travel the world. Professors came alongside me and helped me develop a program of study to support my dream of becoming an actress.”

As a Christian in Hollywood, where traditional values are often pushed aside, Carter says that her time as a Cedarville student has helped give her the strength to stick to her beliefs.

“Being a Christian in Hollywood is definitely challenging, but it’s not impossible,” she said. “I’ve found that you need to know what your morals are and stick to them. My time and connections at Cedarville definitely helped me accomplish this.” 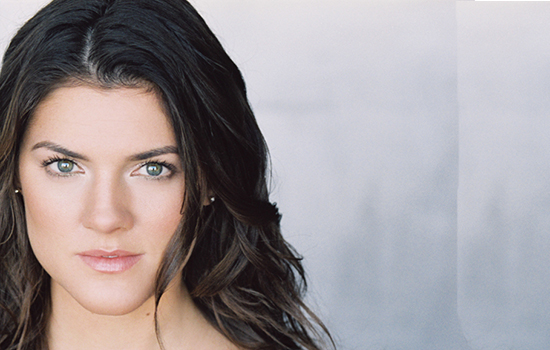