Friday, January 22, 2016
Cedarville University alumnus George Goodwin, M.D., has received the 2015 Amway Hero Patriotism Award for his service as a doctor in the United States Army, where he has faithfully served both stateside and abroad.

George, a 1992 graduate of Cedarville, serves as the chief of medical readiness in the U.S. Army’s Office of the Surgeon General. George, who holds the rank of Colonel, has served in the U.S. Army for more than 20 years.

He first became interested in medicine as a child in Papua New Guinea, where his father was a missionary. There, George began to assist local doctors before he came to Cedarville University, where he majored in chemistry and joined the Reserve Officers’ Training Corps (ROTC).

“For my wife, Renee, and I, learning the mentality of ministry changes everything we do in life to help us move forward,” George said. “I grew up with incredible examples of parents dedicated to serving God,” said George. “ As Christians, we know what are we doing will have an eternal impact.”

During his time at Cedarville, George developed his leadership skills and established habits that would help during his career in the armed forces.

“I took advantage of the leadership and service opportunities through student government and other ministries at Cedarville University, which established good habits and helped future opportunities develop,” he said. “During our college years, we all begin to establish our patterns for life, and I was encouraged to make good choices, which helped me overcome doubts and secure my faith.”

After graduating from Cedarville, George attended medical school at the Uniformed Services University of the Health Sciences in Maryland. After graduation, he was assigned to Fort Eustis, Virginia, where he served for 14 years.

He has served two tours of duty in the Middle East. In 2005, George worked as chief of internal medicine in the 249th General Hospital’s emergency department at Bagram Air Base in Afghanistan.

Three years later, the Army sent George to Iraq to work with the U.S. Special Operations Command as a clinical officer at Balad Air Base.

In 2012, George was assigned to lead a task force dedicated to improving the Army’s disability evaluation system for veterans who were mentally and physically incapacitated by war.

The system, which provides benefits for veterans, had an average wait time of more than 13 months prior to his assignment.

In his current position, George is leading the efforts to improve the way the Army ensures its soldiers are ready to deploy at a moment’s notice. 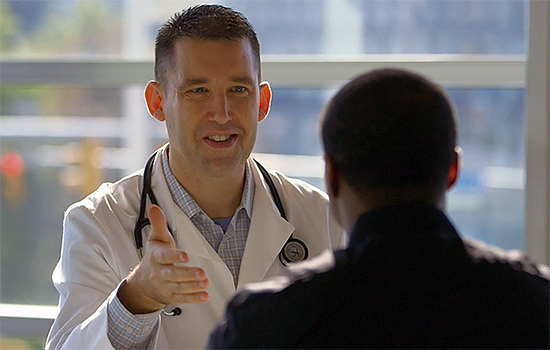 Col. George Goodwin, M.D., has been named as an Amway Military Hero.