Dixon became the eighth president of what was then known as Cedarville College in 1978 and served in that capacity for 25 years, leading the school through an incredible period of growth that included attaining university status in 2000.

During his tenure as president, Cedarville expanded its enrollment from 1,185 students in 1978, to more than 3,000 at his retirement. In addition, more than $100 million in campus facilities were built under Dixon’s leadership and the campus itself nearly tripled in size, from 180 acres to 400.

One of the school’s largest buildings, the Dixon Ministry Center, opened in 1996 and was named in honor of Dixon and his wife, Pat.

In his current role as chancellor, Dixon serves the university through preaching and speaking engagements, as well as through community and alumni relations efforts. 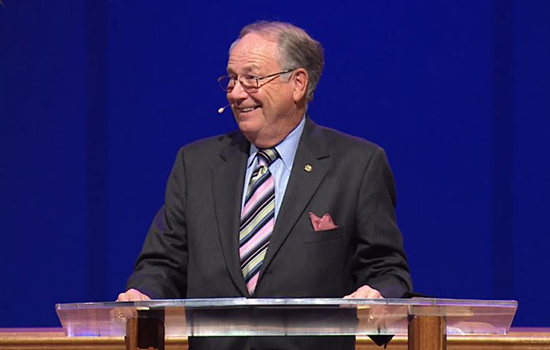