Kisch, who hails from Indianapolis, Indiana, and nine other competitors from around the world were tasked with composing an original score for “Changing Majors,” a short film directed by Rebekah Cook with students at the 2015 MasterWorks Festival.

“This opportunity gives Sean so much credibility as he begins to enter the world of film scoring,”

The film tells the story of Kevin, a college student who is trying to figure out what his priorities should be by interviewing people in the community about where they find their true fulfillment.

The three finalists were selected based on overall creativity, production quality, and the synergy between their score and the film. Kisch was recognized as the first-place winner in San Antonio, Texas, on Saturday, March 19, the final day of the film festival.

Kisch created a light, optimistic score for the film. His composition focused on traditional orchestral sounds that many films use, while also adding electric guitar solos to help lighten the overall tone.

“This opportunity gives Sean so much credibility as he begins to enter the world of film scoring,” said Austin Jaquith, D.M.A., associate professor of music theory and composition. “Recognition at the Christian Worldview Film Festival provides widespread visibility throughout the Christian filmmaking industry, giving him the opportunity to make great connections.”

Kisch says that Cedarville has provided him with plenty of opportunities to perfect his craft, including collaborations with the school’s symphonic band, orchestra, and chamber ensembles.

“Because we’re a smaller program in terms of numbers, we get the chance to work on more projects as students than we might get at a larger university,” said Kisch. “Beginning with my freshman year, I was able to work with the symphonic band, which is usually a role reserved for upperclassmen. Our music students also love to rehearse and try new music, which has allowed me to test many of my original pieces.”

The Christian Worldview Film Festival includes workshops, networking sessions and other events with some of the top Christian filmmakers in the world. This year’s festival featured a brunch with Stephen Kendrick, who has co-written and produced films such as “Facing the Giants,” “Fireproof,” “Courageous” and “War Room.”

The Christian Worldview Film Festival is in its third year and drew more than 1,000 attendees. The festival was founded in 2014 by Media Talk 101, a nonprofit ministry that is dedicated to teaching discernment in media based on Christian values. 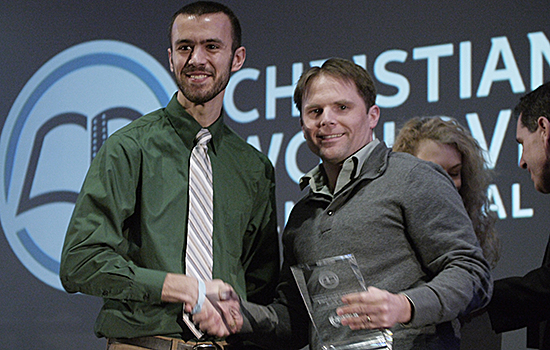