Friday, October 2, 2015
Ohio’s independent colleges are playing an increasingly significant role in their local economies. A recent report from the Association of Independent Colleges and Universities of Ohio (AICUO) showed that Ohio’s private colleges and universities contributed more than $2 billion to their local economies in 2014 through salaries and benefits to employees.

“Having young people here who are trying to better themselves creates a lot of benefit for the community that can’t be measured in dollars-and-cents,” Wheeler said.

“In addition, there is a wonderful atmosphere unique to university towns. Campuses create an intellectual environment and attractive culture,” Wheeler added. “After I retire, I would love to live in a university town for the atmosphere.”

AICUO supports 51 Ohio colleges and universities by representing members’ interests to Ohio’s lawmakers and citizens. The association promotes greater understanding of the impact private universities have on their surrounding communities and in the lives of their students. 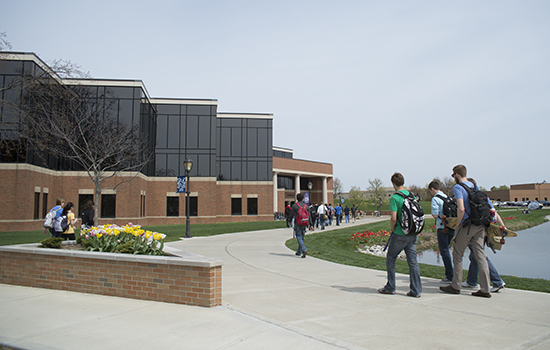 Cedarville University, and the other 50 members of the AICUO, helped contribute nearly $2 billion to Ohio's economy in 2014.