Marc Sweeney, Pharm.D., dean of the school of pharmacy at Cedarville University, has been chosen to serve on the 2015-16 American Association of Colleges of Pharmacy (AACP) Advocacy Committee.

“I believe this is an important time to empower people to engage and educate our local communities,” said Sweeney when accepting the appointment.  “Taking part in this committee is an honor and privilege.”

The committee first met in Toronto during the first week of November, and will meet several other times throughout the year.

The committee identified and recognized the top AACP faculty, practicing pharmacists and students, as well as determined the key characteristics and development opportunities to help expand and empower the pool of pharmacy education advocates.

The committee chiefly discussed how to empower citizens to be actioned advocates – within institutions, communities, and governments. The committee will build off the tools in place from previous committee work and set the stage in policy for next year’s committee.

Sweeney is the founding dean of Cedarville’s School of Pharmacy, which is in its seventh year. He also helped found the University of Findlay’s college of pharmacy and department of pharmacy practice. He has also served on the faculty at Ohio Northern University Raabe College of Pharmacy.

Throughout his professional career, he has presented at a variety of professional conferences, published several articles and book chapters and has obtained more than $400,000 in research grants.

Sweeney received his B.S. in pharmacy from Ohio Northern University and went on to receive his M.Div. from Southwestern Bible College and Seminary. He received his Pharm.D. from The Ohio State University. 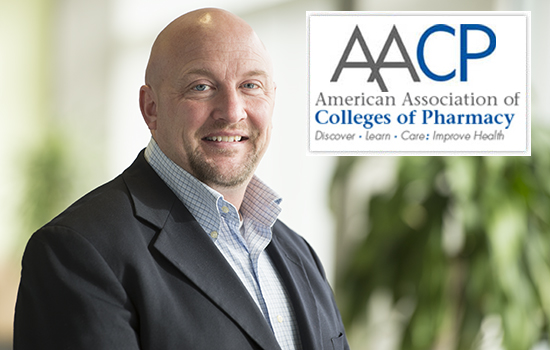 Marc Sweeney, Pharm.D., has been named to the AACP Advocacy Committee.