The Constitution and Same-Sex Marriage

Tuesday, October 20, 2015
The Cedarville University Center for Political Studies will host a forum on the relationship between the Constitution and same-sex marriage. The discussion will take place in room 115 of the Center for Biblical and Theological Studies on October 21, 2015, at 7 p.m.

Speakers for the forum will be Bradley Jacob, J.D., associate professor of law at Regent University, and Mark Caleb Smith, Ph.D., professor of political science at Cedarville. Jacob and Smith will discuss the legal and moral implications of Obergefell v. Hodges for Christians as well as how the church should respond.

In June, Smith was interviewed by WHIO-TV in Dayton, Ohio, about the implications of the Supreme Court’s decision.

“This could end up looking like Roe v. Wade, which has sparked several decades of controversy, or it could essentially just go away,” he explained.

In an analysis of the decision in his Bereans at the Gate blog,  Smith wrote, “We are a minority and we should expect to be treated as such. Our views are no longer in the mainstream and I don’t see that changing any time soon. For conservative Christians, we have too long placed our hope on the next election or a constitutional amendment.”

Jacob has taught at Regent for more than 14 years and has served as general counsel for numerous Christian ministries to promote religious freedom and expression.

Jacob’s published works include “Griswold and the Defense of Traditional Marriage,” “Will the Real Constitutional Originalist Please Stand Up?” and “Back to the Basics: Constitutional Meaning and Tradition.” Jacob has previously taught at Patrick Henry College and Geneva College, as well as served as executive director of the Christian Legal Society. 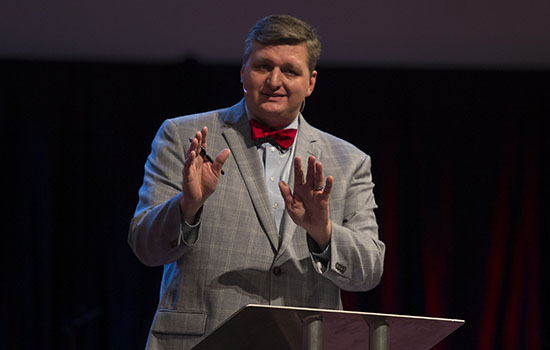 Mark Caleb Smith, professor of political science, will lead a forum on the Constitution and same-sex marriage.