Tuesday, February 7, 2017
Cedarville University’s Glen Duerr, Ph.D., assistant professor of international studies, contributed a chapter in the book “The History of Genocide in Cinema: Atrocities on Screen.” The book, edited by William Hewitt and Jonathan Freidman, was released on December 30, 2016.

Through 18 essays, the book examines the sobering history of genocides from the 19th century to the early 21st century as depicted through cinema. The book has a global focus, examining a range of cases such as the Armenian genocide, the Nanking massacre, the Nazi Holocaust and the Herero genocide.


"[The book] will hopefully help policy makers consider the ethical issues when it comes to genocide."

Duerr’s chapter, titled “Stop a Genocide or Act in the National Interest: A Comparative Examination of Hotel Rwanda and Attack on Darfur,” examines the relationship between international law and the responsibility to protect portrayed through films on the Rwandan and Darfur genocides.

“The idea of international law was to move from national sovereignty to stopping genocide if needed,” said Duerr. “Historically, you could not act within the borders of another country, but the idea was that it’s not right if a genocide is taking place. Whose task is it to get involved? Where does it fit in our national interest? It’s a difficult ethical issue.”

Duerr hopes that students, scholars, and practitioners will find the book a useful resource. “It will hopefully help policy makers consider the ethical issues when it comes to genocide,” he said. “But also from the film maker’s perspective, ‘How do we depict these things?’”

Duerr has served at Cedarville for five years. He is the author of “Secessionism and the European Union: The Future of Flanders, Scotland, and Catalonia,” published in 2015. 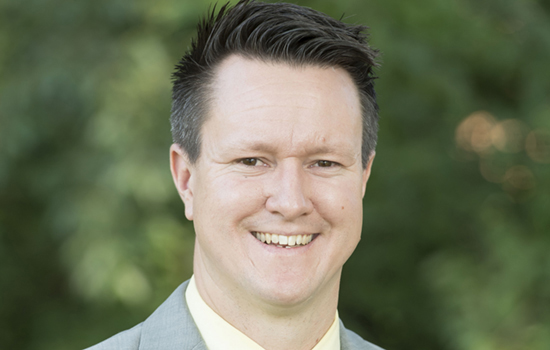 “The History of Genocide in Cinema: Atrocities on Screen” was released on December 30, 2016.