"It's a great opportunity for the students to be an encouragement to others and to see how the Christian faith is being lived out in a different cultural context."

“It’s a great opportunity for the students to be an encouragement to others and to see how the Christian faith is being lived out in a different cultural context,” explained Erin Weber, assistant professor of Spanish.

Weber co-led a team of nine Cedarville students who served as counselors in a youth camp in Puebla, Mexico. The team helped lead a spiritual emphasis week for nearly 300 Christian elementary and high school students.

The Mexico trip allows Cedarville teams to build long-term relationships with the students, said Weber, who has led teams to the camp for four years. Many Cedarville students maintain contact throughout the year and return to camp each year.

“A lot of students might be intimidated by urban ministry and don’t know how to interact with the homeless community,” said Rachel Rowland, a senior intercultural studies major from Mahwah, New Jersey. “Sometimes it takes a trip to introduce them to that ministry and realize this is something they could be involved with long term.”

Rowland, who has led teams to New York City three times, hopes students will become more involved in urban ministry after gaining an increased understanding and familiarity with poverty through the trip. 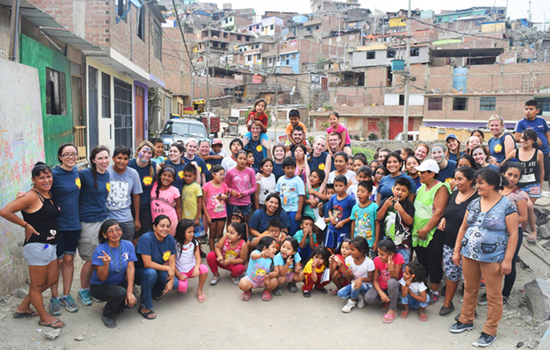