Wednesday, November 23, 2016
A Cedarville University graduate is using his animation skills to make eye-catching videos online, and hundreds of thousands of people are taking notice. Chris Powers, a 2009 electronic media graduate, and founder of the Full of Eyes media ministry, has recently caught the attention of many with his beautifully-crafted, Gospel-centered animations.

Full of Eyes is an online media ministry that points people to Jesus and His truth. Powers’ goal is, “to use visual media as a way to pierce the heart and to haunt the mind with scripturally-informed imagery of Christ.”

Powers is currently working on two new animations, “Love Made,” which is geared toward a younger audience, and “Within Our Darkest Night,” which deals with suffering. Powers has been creating the animated videos full time since 2015.

Powers also uses the animated videos to teach a class at his church.

“This has been and continues to be a real joy for me,” he said in a recent prayer letter, “mainly because I’ve seen people grow more in love with Scripture and with Christ as a result.” His hope is to eventually turn the class notes and audio into something that can be used to serve other churches.

Powers said that he has received many notes and emails about how his work has made an impact on those who have interacted with it. 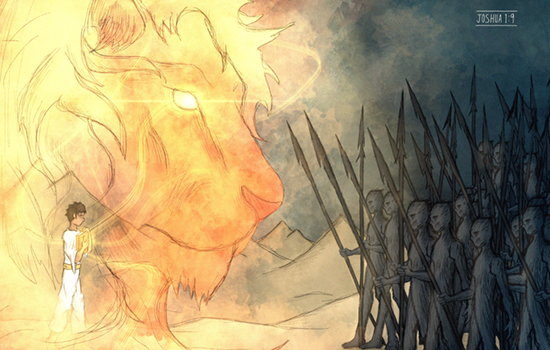